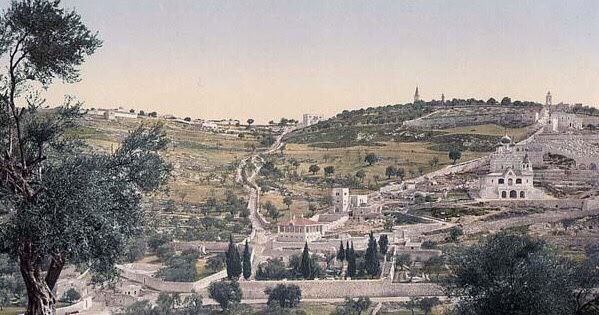 The 1000 years in the book of Revelation is not literal.

The thousand years actually is a term which refers to the period for the 1st resurrection.

I know you are even more confused.

1. The period between the day of Jerusalem was made the “city of God” by David till the day Jesus rode into the city of Jerusalem in a donkey and wept over Jerusalem is exactly 1000 years.

2. It was on that day Jesus prophesied that Jerusalem would be destroyed within 40 years.

3. This is also what Peter said here.

By the same word the present heavens and earth are reserved for fire, being kept for the day of judgment and destruction of the ungodly.

4. What people don’t realize is that Peter was referring to Psalm 90. This is what what Psalm 90 actually says.

A thousand years in your sight

are like a day that has just gone by,

Now see what Moses then says.

Teach us to number our days,

that we may gain a heart of wisdom.

So what Peter is actually saying is that the reign of the law based Jerusalem was coming to an end and the thousand years was already over.

5. As such, the Jews when receiving the codified message of Revelation would note that the thousand years actually meant “the reign of Jerusalem”.

6. Hence when John spoke about this, they knew it was message that Jerusalem was reaching its impending doom.

7. Hence when John said that Satan was being restrained for a thousand years, John was saying that the religious authorities and the Romans were held back so that the believers at that time could heed the call of Jesus to leave Jerusalem and run to the hills of Judea.

8. That was the moment these “called out ones” ekklesia became the new Israel. They were the ones who were separated into God and became the new creation, new heaven and earth, new Jerusalem.

This is how the first resurrection took place.

(Think Thor leaving Asgard with the Asgardians, people. The people of Asgard are Asgard, not the planet.)

9. This was how Satan was bound for a thousand years. It meant the religious authorities and the Roman invasion was held back. The term “a thousand years” as such simply mean the very last hour of the old Jerusalem the Law.

This is why Peter said this.

The Lord is not slow in keeping his promise, as some understand slowness. Instead he is patient with you, not wanting anyone to perish, but everyone to come to repentance.

He was waiting for the last believer to leave Jerusalem.

The dead were judged according to what they had done as recorded in the books.

This is also recorded here.

But at that time your people—everyone whose name is found written in the book —will be delivered.

Daniel then records us for the number of days which the people will be kept safe.

The man clothed in linen, who was above the waters of the river, lifted his right hand and his left hand toward heaven, and I heard him swear by him who lives forever, saying, “It will be for a time, times and half a time. When the power of the holy people has been finally broken, all these things will be completed. ”

Now I want you to see Revelation 12 says the same thing.

The woman was given the two wings of a great eagle, so that she might fly to the place prepared for her in the wilderness, where she would be taken care of for a time, times and half a time, out of the serpent’s reach.

You will see another reference here about how God sent his messengers to Jerusalem for the same period of time.

But exclude the outer court; do not measure it, because it has been given to the Gentiles. They will trample on the holy city for 42 months. And I will appoint my two witnesses, and they will prophesy for 1,260 days, clothed in sackcloth.”

That was the period when the Romans took to defeat Jerusalem. That was how long God held back so that the very last person can escape.

That the period the believers were kept by the Lord. That is how Satan was captured and thrown into the Abyss and was released.

John was talking about the events of the last days just before the siege of Jerusalem.