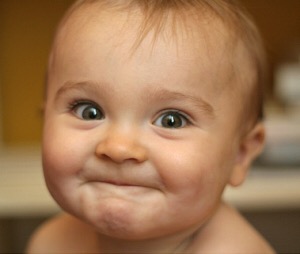 There are many who will tell you that Abraham obeyed God’s commandments and God blessed him with Isaac.

Paul on the other hand tells us that is not the case. Paul says there is no human effort at all.

To illustrate the point Paul makes the following observation.
Romans 4:19

He did not weaken in faith when he considered his own body, which was as good as dead (since he was about a hundred years old), or when he considered the barrenness of Sarah’s womb.For those of us who do not know what he is talking about, he is saying this:

Sarah was not the only one who was barren. Abraham was (at 100 years old) impotent.

Isaac could not be born so long as Abraham was potent and Sarah barren. Abraham could produce but Sarah couldn’t.

Allegorically Paul is saying so long you mix human effort with human incapability you cannot bring into effect God’s promises.

Today many try to bring to fruition God’s promises by mixing the Old Covenant of human effort and the New Covenant of grace.

It doesn’t work. Abraham had to be devoid of potency for Isaac to be produced. It was pure grace. Unadulterated grace. God did everything.

By grace He renewed both Abraham and Sarah. By grace Isaac came.
I hope you are blessed.