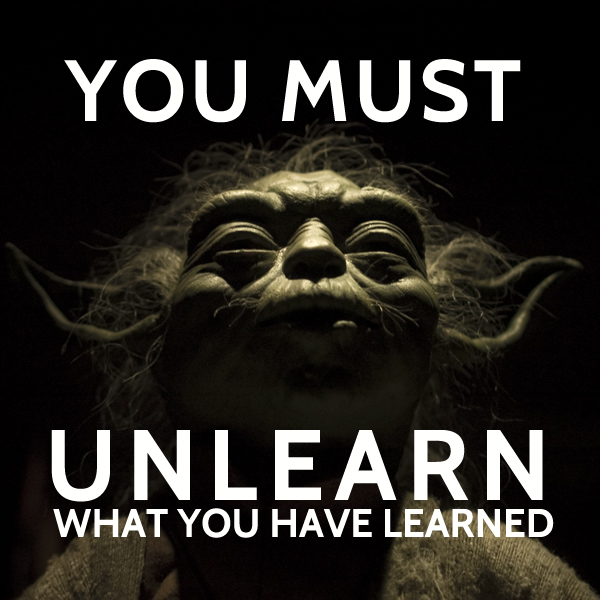 Another 10 things to unlearn.

Hebrews 9:26
Otherwise Christ would have had to suffer many times since the creation of the world. But he has appeared once for all at the culmination of the ages to do away with sin by the sacrifice of himself.

2. Chapter 22 of Revelation is actually a poetic description of the believer.

Revelation 22:1
​Then the angel showed me the river of the water of life, as clear as crystal, flowing from the throne of God and of the Lamb.

John 4:11
“Sir,” the woman said, “you have nothing to draw with and the well is deep. Where can you get this living water?

John 7:38
Whoever believes in me, as Scripture has said, rivers of living water will flow from within them.”

Revelation 7:17
For the Lamb at the center of the throne
will be their shepherd;
‘he will lead them to springs of living water.’
‘And God will wipe away every tear from their eyes.’”

3. When the bible tells us not to conform to the patterns of this world, it is actually telling you that external righteousness is worldliness.

The bible does not tell you to not conform to the patterns of this world but “this age”.

The word used there is aeon. It actually means the mosaic age. In other words Paul is asking you to not be conform to the patterns of the Law but be ye transform by the renewal of the mind by conforming to the age of grace.

4. Worldliness is not being unrighteous. Rather it is being righteous by doing and by performance.

Colossians 2:20-22
Since you died with Christ to the elemental spiritual forces of this world, why, as though you still belonged to the world, do you submit to its rules: “Do not handle! Do not taste! Do not touch!”?

These rules, which have to do with things that are all destined to perish with use, are based on merely human commands and teachings.

5. When the Bible refers to Mount Sinai, it actually points to pre AD70 Jerusalem. That is actually the very adversary of God and the Gospel.

It was where the Law was practiced. It is the whore that was mentioned in Revelation. It was the very lustful woman God “divorced”.

In reality the death of Jesus separated us from her.

Galatians 4:25
Now Hagar stands for Mount Sinai in Arabia and corresponds to the present city of Jerusalem, because she is in slavery with her children.

It was destroyed in AD70.

6. The New Jerusalem as such is not something in the future.

When the angel showed John the bride of the Lamb, he pointed John to the New Jerusalem.

“Come, I will show you the bride, the wife of the Lamb.” And he carried me away in the Spirit to a mountain great and high, and showed me the Holy City, Jerusalem, coming down out of heaven from God.

Yet at the same measure in Ephesian Paul tells us that the bride of Christ is the church.

Ephesians 5:25
Husbands, love your wives, just as Christ loved the church and gave himself up for her.

Hence the New Jerusalem is not a city that will come down in the future. It is the body of Jesus on earth.

2 Corinthians 4:4
The god of this AGE has blinded the minds of unbelievers, so that they cannot see the light of the gospel that displays the glory of Christ, who is the image of God.

That age that was referred to was the Old Covenant which at the time of writing of Paul was coming to an end.

That age has since past.

Jesus is now Lord of this world.

Matthew 28:18
Then Jesus came to them and said, “All authority in heaven and on earth has been given to me.”

Matthew 28:20
teaching them to observe all that I have commanded you. And behold, I am with you always, to the end of the age.”

Notice again this statement states that he is with us until the end of the AGE.

We exist in an age after the age he was referring to. Hence you will realize we are in an age where the following had already happened.

Revelation 21:22
And I saw no temple in the city, for its temple is the Lord God the Almighty and the Lamb.

He is no longer with you. He is IN you.

Revelation 21:3
And I heard a loud voice from the throne saying, “Behold, the dwelling place of God is with man. He will dwell with them, and they will be his people, and God himself will be with them as their God.

I want you to notice this. Both the Father and Jesus is already in you.

John 14:23
Jesus answered him, “If anyone loves me, he will keep my word, and my Father will love him, and we will come to him and make our home with him.

“We” will come to him and make out home with him.

9. Christians cannot sin a sin that leads to death.

Let’s look where the verse come from.

There is a sin that leads to death.

I am not saying that you should pray about that. All wrongdoing is sin, and there is sin that does not lead to death.

The key word here is “lead”. It means facing or heading towards.

Now. I want you to read the next few verses.

1 John 5:18
We know that anyone born of God does not continue to sin; the One who was born of God keeps them safe, and the evil one cannot harm them.

How can this “sin” lead you to death, when you do not continue to sin anymore? There is always someone who will say that there is “a sin that leads to death!” Hence there is no such thing as eternal security.

Let’s look where the verse come from.

There is a sin that leads to death.

I am not saying that you should pray about that. All wrongdoing is sin, and there is sin that does not lead to death.

The key word here is “lead”. It means facing or heading towards.

Now. I want you to read the next few verses.

1 John 5:18
We know that anyone born of God does not continue to sin; the One who was born of God keeps them safe, and the evil one cannot harm them.

Some may argue that we still sin. The scriptures says clearly once you are born of God you do not continue to sin. It has nothing to do with your doing but being born of God.

Now look at the preceding texts.

I write these things to you who believe in the name of the Son of God so that you may know that you have eternal life.

You may have life. Not death.

Note here. They were to asked to pray for those who sin that do not lead to death. He calls them brothers and sisters probably referring to fellow Jews. Then he calls those that sin leads to death “them”. John in 1 john at his old age calls believers “children”.

So it is “them” that will experience the sin that leads to death.

That is the judgement in AD70.

10. There is no more tree of knowledge of good and evil.