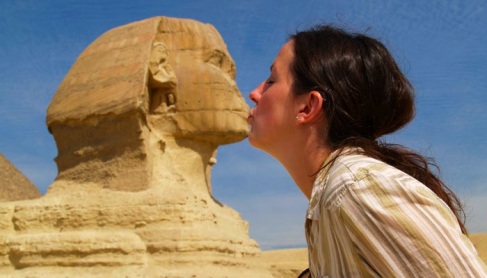 For those of you who are new, these series of articles are dedicated to refuting the teaching that a believer can lose its salvation. I am using a reference of 70 ways a believer can fall away from a blogger who name himself smashing idols.

15 If they had been thinking of the country they had left, they would have had opportunity to return.

39 “But our ancestors refused to obey him. Instead, they rejected him and in their hearts turned back to Egypt.

Dear friends, it is pertinent to note that these 2 passages are making reference to 2 different things. In Acts Stephen was pointing to the hypocrisy of the Jews in that they were rejecting Jesus. He was making references to the Jews.

The issue in question is actually found in the verse smashing idols uses in Hebrews. Let us ask this question, “What is this “country” they had left?

Let’s look at the passage in totality.

“13 All these people were still living by faith when they died. They did not receive the things promised; they only saw them and welcomed them from a distance, admitting that they were foreigners and strangers on earth. 14 People who say such things show that they are looking for a country of their own. 15 If they had been thinking of the country they had left, they would have had opportunity to return. 16 Instead, they were longing for a better country—a heavenly one.”

Note that there is no reference to Egypt at all. They were foreigners and strangers on earth. On earth. This is the land and country the writer of Hebrews spoke about.

What then is the “better country”? The “heavenly one”?

“18 You have not come to a mountain that can be touched and that is burning with fire; to darkness, gloom and storm; 19 to a trumpet blast or to such a voice speaking words that those who heard it begged that no further word be spoken to them, 20 because they could not bear what was commanded: “If even an animal touches the mountain, it must be stoned to death.”[c] 21 The sight was so terrifying that Moses said, “I am trembling with fear.”[d]

22 But you have come to Mount Zion, to the city of the living God, the heavenly Jerusalem. You have come to thousands upon thousands of angels in joyful assembly, 23 to the church of the firstborn,whose names are written in heaven. You have come to God, the Judge of all, to the spirits of the righteous made perfect, 24 to Jesus the mediator of a new covenant, and to the sprinkled blood that speaks a better word than the blood of Abel.

The heavenly Jerusalem. Mount Zion. The context here speaks actually of the new covenant which we have entered into by grace and not law. You would note in verses 18-21 that the mount of darkness is actually Sinai. Sinai is in Arabia. Egypt. A return to Egypt as such is a return to Sinai. A return to the old covenant. Righteousness by way  of works of the law. Not grace.

Hence we must get our definitions right. A return to Egypt is not a return to the world. Not in the context of Hebrews.

In Acts Stephen was stoned while preaching a righteousness that comes from Jesus. He was stoned for it. See Acts 6:

12 So they stirred up the people and the elders and the teachers of the law. They seized Stephen and brought him before the Sanhedrin. 13 They produced false witnesses, who testified, “This fellow never stops speaking against this holy place and against the law. 14 For we have heard him say that this Jesus of Nazareth will destroy this place and change the customs Moses handed down to us.”

See Acts 7: 51 “You stiff-necked people! Your hearts and ears are still uncircumcised. You are just like your ancestors: You always resist the Holy Spirit! 52 Was there ever a prophet your ancestors did not persecute? They even killed those who predicted the coming of the Righteous One. And now you have betrayed and murdered him— 53 you who have received the law that was given through angels but have not obeyed it.”

21 God made him who had no sin to be sin[a] for us, so that in him we might become the righteousness of God.

New International Version (©1984)
For he has rescued us from the dominion of darkness and brought us into the kingdom of the Son he loves,

New International Version (©1984)
For you were once darkness, but now you are light in the Lord. Live as children of light.

The words “has” and “once” speaks about your past. You were rescued from darkness not by your deeds but by the work of Jesus.

By the way you are already seated with Christ. You can’t go back to Egypt.

Ephesians 1:20 he exerted when he raised Christ from the dead and seated him at his right hand in the heavenly realms, 21 far above all rule and authority, power and dominion, and every name that is invoked, not only in the present age but also in the one to come.

You are placed far above all rule and power and dominion and every name. Yes even Egypt!