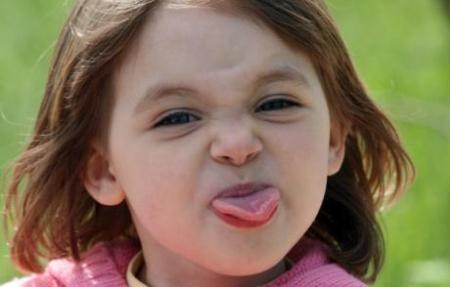 Myth 43.  be a rebellious child who covers with a covering but not of God’s spirit, so that you can feel good about adding sin to sin. Is 30:1

Once again we must note Scripture must be interpreted in its context. Does this passage actually refer to a believer? Let’s read Isaiah 30 in its context.

Woe to the Obstinate Nation

30 “Woe to the obstinate children,”
declares the Lord,
“to those who carry out plans that are not mine,
forming an alliance, but not by my Spirit,
heaping sin upon sin;
2 who go down to Egypt
without consulting me;
who look for help to Pharaoh’s protection,
to Egypt’s shade for refuge.
3 But Pharaoh’s protection will be to your shame,
Egypt’s shade will bring you disgrace.
4 Though they have officials in Zoan
and their envoys have arrived in Hanes,
5 everyone will be put to shame
because of a people useless to them,
who bring neither help nor advantage,
but only shame and disgrace.”

6 A prophecy concerning the animals of the Negev:

Through a land of hardship and distress,
of lions and lionesses,
of adders and darting snakes,
the envoys carry their riches on donkeys’ backs,
their treasures on the humps of camels,
to that unprofitable nation,
7     to Egypt, whose help is utterly useless.
Therefore I call her
Rahab the Do-Nothing.

8 Go now, write it on a tablet for them,
inscribe it on a scroll,
that for the days to come
it may be an everlasting witness.
9 For these are rebellious people, deceitful children,
children unwilling to listen to the Lord’s instruction.
10 They say to the seers,
“See no more visions!”
and to the prophets,
“Give us no more visions of what is right!
Tell us pleasant things,
prophesy illusions.
11 Leave this way,
get off this path,
and stop confronting us
with the Holy One of Israel!”

12 Therefore this is what the Holy One of Israel says:

“Because you have rejected this message,
relied on oppression
and depended on deceit,
13 this sin will become for you
like a high wall, cracked and bulging,
that collapses suddenly, in an instant.
14 It will break in pieces like pottery,
shattered so mercilessly
that among its pieces not a fragment will be found
for taking coals from a hearth
or scooping water out of a cistern.”

15 This is what the Sovereign Lord, the Holy One of Israel, says:

“In repentance and rest is your salvation,
in quietness and trust is your strength,
but you would have none of it.
16 You said, ‘No, we will flee on horses.’
Therefore you will flee!
You said, ‘We will ride off on swift horses.’
Therefore your pursuers will be swift!
17 A thousand will flee
at the threat of one;
at the threat of five
you will all flee away,
till you are left
like a flagstaff on a mountaintop,
like a banner on a hill.”

18 Yet the Lord longs to be gracious to you;
therefore he will rise up to show you compassion.
For the Lord is a God of justice.
Blessed are all who wait for him!

19 People of Zion, who live in Jerusalem, you will weep no more. How gracious he will be when you cry for help! As soon as he hears, he will answer you. 20 Although the Lord gives you the bread of adversity and the water of affliction, your teachers will be hidden no more; with your own eyes you will see them. 21 Whether you turn to the right or to the left, your ears will hear a voice behind you, saying, “This is the way; walk in it.” 22 Then you will desecrate your idols overlaid with silver and your images covered with gold; you will throw them away like a menstrual cloth and say to them, “Away with you!”

23 He will also send you rain for the seed you sow in the ground, and the food that comes from the land will be rich and plentiful. In that day your cattle will graze in broad meadows. 24 The oxen and donkeys that work the soil will eat fodder and mash, spread out with fork and shovel. 25 In the day of great slaughter, when the towers fall, streams of water will flow on every high mountain and every lofty hill. 26 The moon will shine like the sun, and the sunlight will be seven times brighter, like the light of seven full days, when the Lord binds up the bruises of his people and heals the wounds he inflicted.

I think it is rather clear that Isaiah is referring to 2 groups of people. One who dwells in Egypt and the other in Zion. One is referred as “them”, the other “you”.

Dear friends as believers we are no longer at Sinai (which is Egypt), we are in Zion. Yes, Mount Sinai IS in Egypt. See: http://en.wikipedia.org/wiki/Mount_Sinai

“Mount Sinai (Arabic: طور سيناء‎ Ṭūr Sīnā’; or جبل موسى Jabal Mūsā, Egyptian Arabic Gabal Musa, lit. “Moses’ Mountain” or “Mount Moses”;Hebrew: הר סיני‎ Har Sinai), also known as Mount Horeb, is a mountain in the Sinai Peninsula of Egypt that is the traditional and most accepted identification of the Biblical Mount Sinai. The latter is mentioned many times in the Book of Exodus in the Torah, the Bible[1], and the Quran.[2]According to Jewish, Christian and Islamic tradition, the biblical Mount Sinai was the place where Moses received the Ten Commandments.”

As such this is a reference to people who make the Law their righteousness.

Where as Mount Zion speaks of grace and the finished work of Jesus. See Hebrews 12:

“18 You have not come to a mountain that can be touched and that is burning with fire; to darkness, gloom and storm; 19 to a trumpet blast or to such a voice speaking words that those who heard it begged that no further word be spoken to them, 20 because they could not bear what was commanded: “If even an animal touches the mountain, it must be stoned to death.”[c] 21 The sight was so terrifying that Moses said, “I am trembling with fear.”

I think it is not rocket science that this is Sinai. See what the writer of Hebrews say where believers are!

“22 But you have come to Mount Zion, to the city of the living God, the heavenly Jerusalem. You have come to thousands upon thousands of angels in joyful assembly, 23 to the church of the firstborn,whose names are written in heaven. You have come to God, the Judge of all, to the spirits of the righteous made perfect, 24 to Jesus the mediator of a new covenant, and to the sprinkled blood that speaks a better word than the blood of Abel.”

Doesn’t that sound like a commentary on Isaiah 30? It is clear then that the people referred as children as obstinate are children who believe in righteousness by way of observing the Law whereas the children of Zion are those who believe the righteousness that is imputed on them by grace.

24 These things are being taken figuratively: The women represent two covenants. One covenant is from Mount Sinai and bears children who are to be slaves: This is Hagar. 25 Now Hagar stands for Mount Sinai in Arabia and corresponds to the present city of Jerusalem, because she is in slavery with her children. 26 But the Jerusalem that is above is free, and she is our mother.”

31 Therefore, brothers and sisters, we are not children of the slave woman, but of the free woman.”

Dear friend we are children of Sarah, Mount Zion. Not Sinai in Arabia Egypt. Isaiah 30:1 do not refer to people saved by grace. Peace.