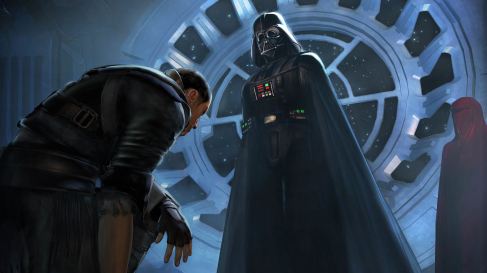 Romans 12: 21 Do not be overcome by evil, but overcome evil with good.

2 Peter 2:19 They promise them freedom, while they themselves are slaves of depravity—for “people are slaves to whatever has mastered them.”

Be overcome by evil?

Interesting question. Can a Christian be overcome by evil? If so, how can he be brought to bondage, when Christ has set a person free

If you have been following these series, I have already dealt with the passages involving the verses which smashingidols relied on in 2 Peter 2. You can see the links here:

As such you would note that these false teachers of “promise people freedom but they themselves are slaves of depravity” are people who call Christians to return to the Law of Moses as their means of salvation. People who try to be righteous by trusting in the law were never saved in the 1st place.

20 Therefore no one will be declared righteous in God’s sight by the works of the law; rather, through the law we become conscious of our sin.

Let’s look at things in context.

“If your enemy is hungry, feed him;
if he is thirsty, give him something to drink.
In doing this, you will heap burning coals on his head.”[e]”

Now what does this actually mean? This is a quotation from

21 If your enemy is hungry, give him bread to eat; and if he is thirsty, give him water to drink;

22 For in doing so, you will [a]heap coals of fire upon his head, and the Lord will reward you.

Let us now look at the footnote to find out what this actually mean:

This is not to be understood as a revengeful act intended to embarrass its victim, but just the opposite. The picture is that of the high priest (Lev. 16:12) who, on the Day of Atonement, took his censer and filled it with “coals of fire” from off the altar of burnt offering, and then put incense on the coals to create a pleasing, sweet-smelling fragrance. The cloud or smoke of the incense covered the mercy seat and was acceptable to God for atonement.

As such this passage has nothing to do with be bound because of evil. It is actually a metaphoric way of saying do not take revenge into your own hands. Paul tells us why in Chapter 13. It is because God is the one who establishes authority. We must understand Paul in chapter 12 is telling us how to live out our imputed righteousness as a citizen of our country. The government at the time of writing of Romans belonged to the Caesars. One of these Caesars was a person called Nero. Paul is calling the believers not to take revenge on the government.

This has nothing to do with salvation but our behavior as citizens. Romans is a book which Paul uses to teach that our salvation does not come by works of the Law but by grace and through personal faith in Jesus Christ. You can see it clearly here:

20 Therefore no one will be declared righteous in God’s sight by the works of the law; rather, through the law we become conscious of our sin. 21 But now apart from the law the righteousness of God has been made known, to which the Law and the Prophets testify. 22 This righteousness is given through faith in[a] Jesus Christ to all who believe. There is no difference between Jew and Gentile,

In fact it is when a Christian having believed in Jesus then returns to the Law, he is cut off from Christ. While I do not think this means he will lose his salvation, he would lose his blessings and his inheritance in Christ. Such a person, I would say was never a Christian in the 1st place.

5 It is for freedom that Christ has set us free. Stand firm, then, and do not let yourselves be burdened again by a yoke of slavery.

2 Mark my words! I, Paul, tell you that if you let yourselves be circumcised, Christ will be of no value to you at all. 3 Again I declare to every man who lets himself be circumcised that he is obligated to obey the whole law. 4 You who are trying to be justified by the law have been alienated from Christ; you have fallen away from grace.

As such Paul is setting his audience in verse 21 chapter 20 to submit to the government in accordance to what is he about to address in Romans 13.

Let me take away the chapter heading and you will see it.

19 Do not take revenge, my dear friends, but leave room for God’s wrath, for it is written: “It is mine to avenge; I will repay,”[a] says the Lord. 20 On the contrary:

“If your enemy is hungry, feed him;
if he is thirsty, give him something to drink.
In doing this, you will heap burning coals on his head.”[b]

21 Do not be overcome by evil, but overcome evil with good.

Let everyone be subject to the governing authorities, for there is no authority except that which God has established. The authorities that exist have been established by God. 2 Consequently, whoever rebels against the authority is rebelling against what God has instituted, and those who do so will bring judgment on themselves.

Notice here again those who experience God’s wrath are not the believers, but the governing authorities. God says he will deal with them. It is not for us to deal with them. Let God has His day with these people, the Romans.

As such do not worry here. God’s wrath and justice on you has already been fully met for you in Jesus.