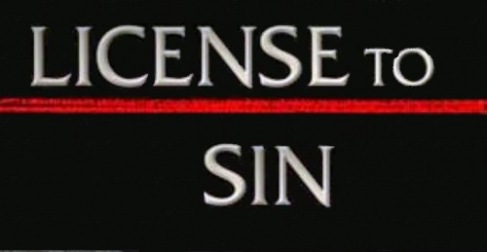 defile the Temple of God 1Cor 3:17; 2Thes 2:3-4; sneak damnable heresies into the church, such as turning grace into a license to sin, and deny the Lord that bought you, and bring upon yourself swift destruction. 2Pet 2:1; Jude 1:4

Wow. What a mouthful. 4 verses for myth 29. Let’s adopt our usual approach. Smashingidols indicates in myth 29, 2 causes of lost of salvation. Here is his article: http://smashingidols7.wordpress.com/2011/02/12/70-ways-a-believer-can-fall-away/)

3 Don’t let anyone deceive you in any way, for that day will not come until the rebellion occurs and the man of lawlessness[a] is revealed, the man doomed to destruction. 4 He will oppose and will exalt himself over everything that is called God or is worshiped, so that he sets himself up in God’s temple, proclaiming himself to be God.

16 Don’t you know that you yourselves are God’s temple and that God’s Spirit dwells in your midst?17 If anyone destroys God’s temple, God will destroy that person; for God’s temple is sacred, and you together are that temple.

Turning Grace into a license to sin.

But there were also false prophets among the people, just as there will be false teachers among you. They will secretly introduce destructive heresies, even denying the sovereign Lord who bought them —bringing swift destruction on themselves.

4 For certain individuals whose condemnation was written about[a] long ago have secretly slipped in among you. They are ungodly people, who pervert the grace of our God into a license for immorality and deny Jesus Christ our only Sovereign and Lord.

Let’s begin with A. Defiling the temple.

3 Don’t let anyone deceive you in any way, for that day will not come until the rebellion occurs and the man of lawlessness[a] is revealed, the man doomed to destruction. 4 He will oppose and will exalt himself over everything that is called God or is worshiped, so that he sets himself up in God’s temple, proclaiming himself to be God.

In this passage Paul refers to ONE man. This man is not a Christian. He is DOOMED to DESTRUCTION. Christians are not doomed to destruction. The Christian is destined to glorification.

Paul calls Christians the temple of the Holy Spirit. They are the new temple of God. However the problem Paul is addressing here in the divisions caused by people who claim to be Christians but are not. See the context.

“4 For when one says, “I follow Paul,” and another, “I follow Apollos,” are you not mere human beings? 5 What, after all, is Apollos? And what is Paul? Only servants, through whom you came to believe—as the Lord has assigned to each his task. 6 I planted the seed, Apollos watered it, but God has been making it grow. 7 So neither the one who plants nor the one who waters is anything, but only God, who makes things grow. 8 The one who plants and the one who waters have one purpose, and they will each be rewarded according to their own labor. 9 For we are co-workers in God’s service; you are God’s field, God’s building.”

Notice the issue here is that there were people who were following differing leaders rather than fixing their eyes on Jesus who unites them. Notice here Paul says the Christians in Corinth are God’s house or building. His temple. He then continues by saying you are God’s temple.

“16 Don’t you know that you yourselves are God’s temple and that God’s Spirit dwells in your midst?17 If anyone destroys God’s temple, God will destroy that person; for God’s temple is sacred, and you together are that temple.”

As you can see Paul is talking about 2 different things here. Paul in 2 Thessalonians is speaking about the anti-Christ defiling the Jewish temple in the last days. In 1 Corinthians he is addressing the unity of the church, the temple of God. The body of Christ. It is NOT about a single man. Notice Paul use words in plural “you, yourselves” and “you together”. See further:

“18 Do not deceive yourselves. If any of you think you are wise by the standards of this age, you should become “fools” so that you may become wise. 19 For the wisdom of this world is foolishness in God’s sight. As it is written: “He catches the wise in their craftiness”[a]; 20 and again, “The Lord knows that the thoughts of the wise are futile.”[b] 21 So then, no more boasting about human leaders! All things are yours, 22 whether Paul or Apollos or Cephas[c] or the world or life or death or the present or the future —all are yours, 23 and you are of Christ, and Christ is of God.”

The issue here is boasting about human leaders.

What Paul is saying is this. God will destroy persons who destroy the unity of Christians. God  is not destroying Christians!

Let’s move to the next issue.

Turning grace into license.  I had already dealt with what 2 Peter was referring to in my last article is myth 28: https://hischarisisenough.wordpress.com/2012/08/01/70-myths-of-losing-salvation-27-and-28-forsaking-the-right-way-and-loving-the-wages-of-unrighteousness-2-peter-21415/

Save to say that the issue here is not licensce to sin but Jews trying to turn Christian back to the Law.

Scholars have noticed that both 2 Peter and Jude speak about the very same things.

Part of Jude is very similar to 2 Peter (mainly 2 Peter chapter 2), so much so that most scholars agree that there is a dependence between the two; that either one letter used the other directly, or they both drew on a common source.[18]

Because this epistle is much shorter than 2 Peter, and due to various stylistic details, some writers consider that Jude was the source for the similar passages of 2 Peter.[19] However other writers, noting that Jude 18 quotes 2 Peter 3:3 as past tense, consider that Jude came after 2 Peter.”

So what Jude is actually saying is not  license to sin but people who refuse to believe in “grace righteousness” but try to become righteous by the works of the Law. They are not believers just like that of old.

“4 For certain individuals whose condemnation was written about[b] long ago have secretly slipped in among you. They are ungodly people, who pervert the grace of our God into a license for immorality and deny Jesus Christ our only Sovereign and Lord.

5 Though you already know all this, I want to remind you that the Lord[c] at one time delivered his people out of Egypt, but later destroyed those who did not believe. 6 And the angels who did not keep their positions of authority but abandoned their proper dwelling—these he has kept in darkness, bound with everlasting chains for judgment on the great Day. 7 In a similar way, Sodom and Gomorrah and the surrounding towns gave themselves up to sexual immorality and perversion. They serve as an example of those who suffer the punishment of eternal fire.”

It must be noted these sinners did not sin by trespassing against the Law. The Law had yet to be given.

Notice these things which are said against such people. (I have highlighted them). Can you not see the similarity with the actions and teachings of the Pharisees.

“16 These people are grumblers and faultfinders; they follow their own evil desires; they boast about themselves and flatter others for their own advantage.17 But, dear friends, remember what the apostles of our Lord Jesus Christ foretold. 18 They said to you, “In the last times there will be scoffers who will follow their own ungodly desires.” 19 These are the people who divide you, who follow mere natural instincts and do not have the Spirit.”

Note these people DO NOT HAVE THE SPIRIT! These people are not Christians!

Instead this what Jude says about Christians:

24-25And now to him who can keep you on your feet, standing tall in his bright presence, fresh and celebrating—to our one God, our only Savior, through Jesus Christ, our Master, be glory, majesty, strength, and rule before all time, and now, and to the end of all time. Yes.”

He actually says God will keep our salvation for us.

Here it is in another version:

24 Now to Him Who is able to keep you without stumbling or slipping or falling, and to present [you] unblemished (blameless and faultless) before the presence of His glory in triumphant joy andexultation [with unspeakable, ecstatic delight]—

25 To the one only God, our Savior through Jesus Christ our Lord, be glory (splendor), majesty, mightand dominion, and power and authority, before all time and now and forever (unto all the ages of eternity). Amen (so be it).

Dear friends, we cannot fall, stumble or slip in our salvation. Not because we are holy and righteous. It is because we have a God who keeps us from stumbling, slipping or falling. Its about Him and not about us.

I have written other articles of how safe your salvation is in Christ: https://hischarisisenough.wordpress.com/tag/70-ways-to-lose-your-salvation/)