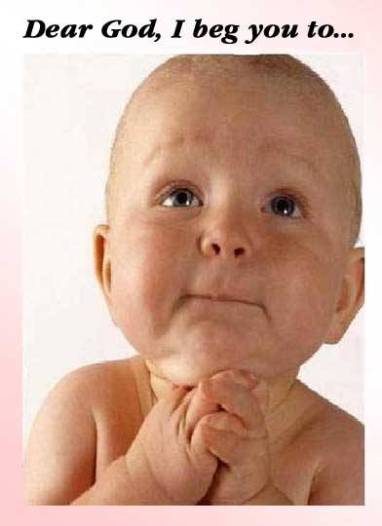 I saw a post by some one on face book today saying faith in Christ means to keep praying as in ask, seek and knock until you reply. I am rather intrigued by this idea.

For years we lumber under the impression the longer you pray the more likely God is going to answer. PUSH. Pray until Something Happens. You gotta push God! You gotta pray until you break through. Honestly I am very disturbed by this idea. What kinda of picture or we painting to ourselves. A God who is unwilling to answer until He is pushed? Its kinda saying “Jesus, don’t you care? We are about to drown here.” We echo the voices of the disciples when they went through the storm and He was sleeping.

Dear friends, let me be clear on this. God does care. The passage where we are ask to keep asking, keep seeking and keep knocking does not denote that our God is like the unjust judge that was moved by the persistent widow. Jesus said “Your heavenly father is NOT (I repeat) NOT like that”. Paul tells us that He is able (I believe willing as well) to do (and  answer) “immeasurably more than all we ask or imagine” Ephesians 3:20. The parable of the persistent widow is not to teach us persistence is the way to God, it is suppose to contrast the judge and our Father. Jesus said “your father is NOT like that!” In fact in Matthew 7:8 Jesus tells why you ask, seek and knock. “8 For everyone who asks receives; he who seeks finds; and to him who knocks, the door will be opened”

Jesus then speaks about his father’s heart “11 If you, then, though you are evil, know how to give good gifts to your children, how much more will your Father in heaven give good gifts to those who ask him!” So here is why you ask, seek and knock… its because everytime you do it, your heavenly Father will reward you for it! You get an answer everytime! That is why you are encouraged to keep asking, keep seeking and keep knocking.

I am sure you have also heard another teaching which tells us to fast, pray and push until you receive a breakthrough. Daniel’s prayer was hindered by the prince of Persia. No. 1 Jesus has already broken through. No. 2 you are no longer on earth, if you are saved Paul tells us you are right smack where the principalities and powers are, you are already in the heavenly places (See Ephesians 1 and 6) and you are seated right next to the Father in Christ. Hence, you do not need any more breakthrough other than what Jesus had provided. Notice in Hebrews 10:20, he is called the new curtain. In the Old Testament there was a veil a curtain that was meant to keep you out of the Holy of Holies. That curtain was torn down when Jesus died. Hebrews 10:20 tells us that Jesus body is our new curtain that enables us to enter the heavenly Holy of Holies by a new and living way. It is his humanity that allows us access to the Father. Thus while the old curtain is to keep us out, this new curtain (the body of our Lord) is to keep us in. So you are never away from the Father’s presence. Yes even if you are living in sin.

God will not answer because you are living in sin

Does sin ever stop you from being able to communicate with God? You probably would quote David. Let’s look at Psalms 51 “2 Wash away all my iniquity and cleanse me from my sin.” Question 1 “Does this apply to a believer in Christ?” Question 2 “Doesn’t David himself says that there will come God does not impute sin on a genus of people?” See Romans 4:4. Question 3 “Doesn’t Hebrews 10 tells you that your sins are not just covered but taken away once and for all?” Was the adulterous woman repentant when she was caught? Or was she afraid to die? If she had really repentant, why did Jesus have to say “Go and sin no more?” Or did Malcus repent from joining the mob to capture Jesus? Why did Jesus heal his ear? David was a man who lived under the Old Covenant. Jesus had not died for his sins yet. Hence there was a need for him to repent from his wicked ways. In the new, the believer is righteous because he is reckoned righteous by the finish work of Jesus. So when James talk about the prayer of a righteous man being effective, he was talking about you, the Christian.

Let’s now deal with the issue of faith. Some say you need faith. Lots of it. Jesus healed a man base on the faith of his friends. In Lazarus’ case no one had faith. Not Mary. Not Martha. Certainly NOT LAZARUS. But Jesus prayed aloud for the benefit of the others around him, so that FAITH is conjured. Let’s look at Malcus again, Jesus healed him when he was full of fear not of faith.

There is only one reason and basis God answers you. His imputed righteousness on you based on the finished completed work of Jesus on the cross.

I preached a sermon on these issues sometime last year. I hope this sermon will help you change the way you look at God. He really loves it when you pray NOT TO PUSH but to fellowship and to know He loves you so much that He will inspire you to keep asking, seeking and knocking because He keeps answering, keeps giving and keeps opening ways beyond what you can imagine.

Here’s the sermon be blessed:

You will also find my notes at the same link in pdf form.

May God cause you to “repent (change your mind)” about Him. He is good. All the time!