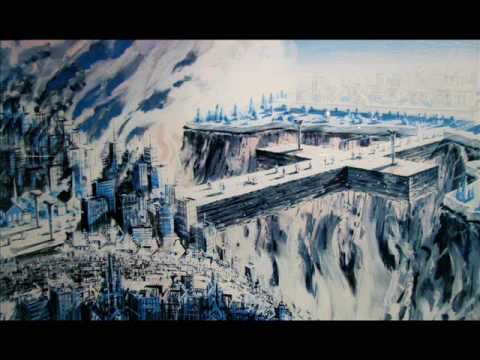 22 He who finds a wife finds a good thing, and obtains favor from the LORD.

14 House and riches are an inheritance from fathers: But a prudent wife is from the LORD.

A student once asked his Rabbi, ‘What has the Holy One been doing since he created the world?’ His teacher answered, he has been the supreme matchmaker in bringing men and women together, for the making of a successful match is as hard as the parting of the Red Sea.

In the beginning, the Lord pronounced everything good that he had made and that included man and woman in the joining of marriage, hence it is written, ” What God has joined together let no man separate.”

The poetry, word imagery, and symbolism on marriage is woven throughout the scriptures. From the first union of Adam to Eve to the union of Yeshua and His bride.

Marriage was so important in biblical days that if a wedding and funeral procession met at an intersection simultaneously, the wedding party was to proceed first. In view of the biblical importance of marriage, is it no wonder that there is no word in biblical Hebrew for BACHELOR.

It was taught that a man must seek after a woman as man was formed from the ground – woman from man’s rib; therefore in trying to find a wife, man only looks after what he has lost. It was also a common expression to ask a newly –married husband: “MAZA OR MOZE?”- “Findeth or found;” The first expression occurring in Proverbs 18:22, the second in Ecclesiastes 7:26.

For men and women living in Bible times and also living in an Eastern society, their perspective on love and marriage was quite a bit different than ours of today. To start with, love was more of a commitment than one of feeling. It was a pledge to make a relationship work. For centuries, Jewish people have pointed to one particular verse to illustrate the need for love to develop AFTER marriage.

And Isaac brought her into his mother Sarah’s tent, and took Rebekah, and she became his wife; and he loved her: and Isaac was comforted after his mother’s death.

In a world of arranged marriages, it was not uncommon for each partner to see each other for the first time on their wedding night. Notice first, she became his wife and then he loved her. This passage has always been used to show that love came after marriage. In the ancient near east in Biblical days, couples were expected to grow to love each other after marriage. In our modern world of the west, its far different. Here the emphasis is on LOVING FIRST the one you marry, rather than learning to love the one you marry. An Eastern man said to a European, “We put cold soup on the fire, and it slowly becomes warm. You put hot soup into a cold plate, and it becomes slowly cold.”

In the essence of marriage – the content, the bond, and the relationship which results – is called a covenant (BRIT). Look at the imagery in:

8 “When I passed by you again and looked upon you, indeed your time was the time of love; so I spread my wing over you and covered your nakedness. Yes, I swore an oath to you, and entered into a covenant with you, and you became mine, says the Lord GOD.

The Scriptures liken God to a bridegroom and the Hebrew people to his bride. For centuries the Rabbis have used “Song of Songs” as an allegory to illustrate the love relationship between God and Israel.

THE KETUBAH marriage contract is a document detailing the obligations and terms of the union. It is to be read to the bride before she is asked to make her final decision and commitment to the bridegroom. This is biblically depicted when God on Sinai said to Israel:

5 Now therefore, if you will indeed obey my voice, and keep my covenant, then you shall be a special treasure to me above all people: for all the earth is mine:

Scriptures continue with Moses going back and summoning all the elders and setting before them all the Words of the Lord. The people all responded together, “We will do all that the Lord has said”. Just as the Ketubah stipulated all that was to be expected in the marriage, so too the divine stipulations that were binding at Sinai were the conditions of the covenant between God and Israel. It was also their acknowledgement of taking the “Yoke of the kingdom of God” as his chosen people in the earth.

THE HUPPAH (Marriage Canopy) has a rich imagery and is the traditional way in the Jewish marriage. The bridegroom comes and waits under the canopy for the bride. The Rabbis have taught the parallel of this action in the scripture:

2 And he said, The LORD came from Sinai, and dawned on them from Seir; he shone forth from Mount Paran, and he came with ten thousands of saints; From his right hand came a fiery law for them. For He is the God who comes, just as Yeshua will come for His bride. NKJV)

In the ancient world the wedding procession was a great event. People usually accompanied it by carrying torches or candles. This practice has been well attested to from as early as the fourteenth century B.C. In Canaan and later in ancient Greek and Roman weddings. In the Jewish culture it has long been the practice for the bride and groom to make their way to the wedding canopy accompanied by attendants carrying candles. In his teaching of the ten virgins, Yeshua describes the Kingdom of Heaven as a wedding in which the use of lamps (or torches on long poles with oil drenched rags at the end) went out to meet the bridegroom. Again, the Rabbis point to Exodus 20:18. The Hebrew term for lightning (LAPPIDIM) is the same word for torches. Yeshua might have had this in mind in the imagery he used for the bridegroom coming for his bride in:

27 For as the lightning comes from the east, and flashes to the west; so also will the coming of the Son of man be. (NKJV)

The first step in the marriage ceremony which contractually sets the couple apart in Betrothal is known as the KIDDUSHIN (or QIDDUSHIN), the act of “Sanctification” or “Consecration”. The meaning of kiddushin is to, “Be set apart”, “Be holy”. >From the Hebrew perspective, marriage is a sacred bond, “A holy relationship”. It is an act of being set apart unto God and each other. This concept is central to the covenant at Sinai. Before the Torah was given the Lord said:

10 Then the LORD said unto Moses, Go to the people, and consecrate them today and tomorrow, and let them wash their clothes.

In this, God was preparing his people for the marriage contract to be a people set apart unto him, holy.

The preparation time before the marriage is very important as it is a serious commitment. It must not be rushed into as a “spur of the moment, serendipitous event”. A betrothal period of time was set aside, usually a year for preparation. Only later was the relationship consummated. Scriptures teach that the EDAH is the Messiah’s bride (Eph 5:25-32). She is now making herself ready for her wedding day. This event is described in:

7 Let us be glad and rejoice, and give honor to him: for the marriage of the Lamb is come, and his wife has made herself ready.

The custom of taking a wife in Yeshua’s day was full of beauty and symbolism. If a young man was interested in a woman, he would approach the father of his hopeful bride and express his intentions to him. Sometimes the couple already knew each other, but it must be done in proper order. The father would arrange a meeting in his home between the young man and his daughter, at which time a cup of wine was set before her. This was called “The Cup of Acceptance”. If she agreed to become his wife, she would drink from the cup, if not she would push the cup to the side. Once she drank from the cup, the marriage contract was drawn up. From that time forth she was off limits and set apart as being betrothed. This was the case with Mary and Joseph.

2 In my Father’s house are many mansions: if it were not so, I would have told you. I go to prepare a place for you.

3 And if I go and prepare a place for you, I will come again, and receive you unto myself; that where I am, there ye may be also.

When all was finished and every detail for the up and coming ceremony complete, the father would then go to the son and tell him, “It’s time to go and bring your bride home”. Only the father knew when all was ready. Hence Yeshua’s words in:

36 But of that day and hour knows no man, no, not the angels of heaven, but my Father only.

In a Jewish wedding ceremony, the bride and groom twice share a cup of wine. This is a very symbolic act on the part of the couple. It is a reminder that two lives have become one in a new way. Drinking from the same cup cements this new alliance. Yeshua used this same illustration when he asked James and John in:

22 But Jesus answered and said, You know not what you ask. Are you able to drink of the cup that I shall drink of, and to be baptized with the baptism that I am baptized with? They say unto him, “We are able”.

In this way Yeshua was probing to see if his disciples were preparing to share his destiny, to experience his lot. They said, “We can”. Their sharing the common cup in the upper room was a further affirmation of this fact. Yeshua set his face toward Calvary to die for the sins of the world, thus the disciples were choosing a road that would eventually lead to their deaths.

Like the cup above, there are two cups of wine shared by the couple in the Jewish marriage ceremony. Tkhe first is called, “THE CUP OF JOY”. It is a reminder that the joys of life when shared are doubled. The second is “THE CUP OF SACRIFICE”. In the midst of their celebration they are brought to the sobering fact that problems and burdens will come in this life, but if they are shared, they will be halved.

The age in which we live is one of shattered promises and broken relationships. An age sick with sentimentality that has lost the sight of the vow, “til death do us part,” The word “love” has taken on another meaning and is defined with all kinds of terms except commitment. It is here that we must return to Sinai and be reminded through Hebrew eyes that marriage is just as serious and binding as the great event and covenant ceremony on the day of revelation.